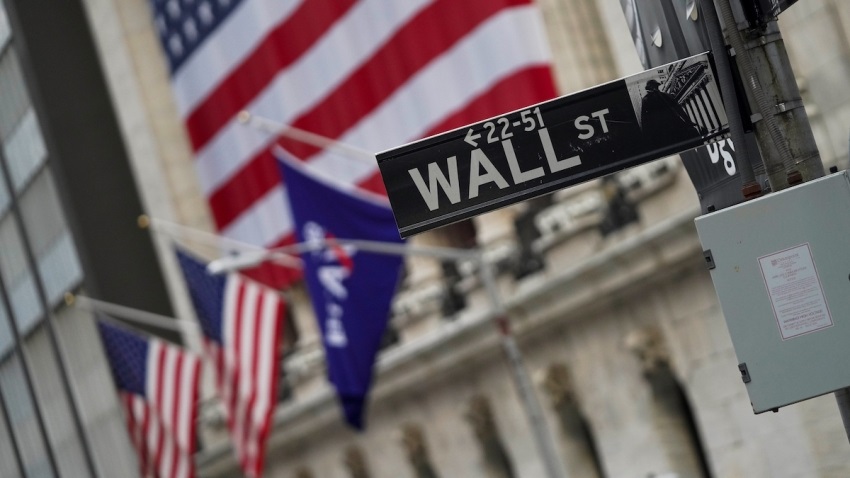 Election Day is finally behind us, and we sincerely hope you voted. Voter turnout for a U.S. Presidential election was the highest in modern history as a percentage of eligible voters, surpassing 2008 and 2016. Since the turnout was high and over half the ballots cast were mail-in ballots, it will take longer to count them all. While we wait for the votes to be tallied, we would like to remind everyone that we have been in this situation before, during the Bush/Gore election in 2000. We went through five weeks of not knowing the winner after Election Day and the results were contested, going all the way to the U.S. Supreme Court. However, during this five-week period, the market fell only 4.24%, and this drop was largely driven by other factors, as we were amid the technology bubble popping.

While no one is calling winners at this point, we do have more clarity around possible outcomes. Neither a blue wave nor a red wave ever materialized, meaning neither party saw large shifts in voters. Overall, President Donald Trump and the Republicans appear to be showing better than polls suggested. Not surprisingly, the Democrats remain the majority in the House of Representatives. The Senate is still too close to call, but the votes are tilting toward Republicans retaining their majority. The presidential race between Trump and former Vice President Joe Biden is also currently too close to call at this time, with votes in the pivotal states of Georgia, Michigan, Nevada, North Carolina, Pennsylvania, and Wisconsin still being tallied.

While we don’t know the outcomes just yet, we do have more clarity around the increased probability of a contested election and the possibility of a split Congress. Based on overnight market action, investors are pricing in three things: a blue wave failed to materialize (a red wave was less probable); there’s a higher probability of a Trump victory than predicted; and, with these developments, there’s a greater likelihood of a more fiscally conservative Congress. Bond prices are rising, and Treasury yields are falling since investors are expecting less stimulus (compared to a blue wave scenario). The U.S. dollar is rallying, and the Chinese yuan is falling, as a Trump victory would suggest a continued U.S.-China trade war. Stock futures markets were volatile overnight. Let’s look at the current outcomes investors are pondering.

In all outcomes, the House of Representatives remains under Democrat control. Though the president controls the narrative and can push legislative agendas, who resides in the Oval Office is perhaps less important than whether there is unified control of the Senate and White House by one political party. In general, either a Trump victory and a GOP Senate or a Biden victory and the Democrats retaking the Senate are reasonably bullish scenarios for the economy, while a split decision between those two outcomes creates even more gridlock and is a short term negative for economic growth. Let’s look at these scenarios in more detail.

Biden Victory and a Democratic Senate.

According to pollsters, this was the likely outcome. Less than 24 hours later, it’s still possible, but any Democratic Senate majority will likely be narrow at best. In previous commentaries, we mentioned that the magnitude of victories may be more important than the victories themselves. This outcome would put more power in the hands of right-leaning centrist Democrats who may be more reluctant to go along with possible tax increases proposed by a Biden administration. The most likely focus will be on fiscal stimulus rather than increasing taxes, especially given the fragility of the economy. From an investment perspective, this outcome could be the most bullish for investors as stimulus would come soon while tax increases could be deferred or even watered down.

Biden Victory and a Republican Senate.

Given that Democrats officially gained just one seat(at the time of this writing) and most seats still up in the air are leaning Republican, this outcome is very possible and would be the true definition of gridlock. Gridlock has historically been positive for financial markets because it suggests policies beneficial to financial markets are less likely to be eliminated as both parties cannot agree. However, financial markets see the need for more fiscal stimulus, which is a key reason for the recent equity rally. The good news in this potential outcome is that both political parties are likely to approve additional stimulus in the new year. However, the bad news is that this stimulus will likely be less than it would be with a Biden victory and a Democratic Senate given the differences in opinion on the potential size of it by each party. From an investment perspective, this outcome is positive for financial markets, though the uncertainty of the fiscal package and the likely need for compromise with budget-conscious Republicans could increase investor anxiety.

According to pollsters, this was the least likely outcome. In this outcome, any fiscal support package will likely be easier to pass as both parties see the need for it. However, we doubt President Trump, a Republican Senate, and a Democratic House would find enough common ground to pass momentous, pro-growth legislation. In this outcome, we assume that Senate Republicans would offer greater fiscal flexibility to a Republican President and result in a larger fiscal stimulus package. But, finding additional significant initiatives likely to pass both the legislative and executive branches is doubtful. From an investment standpoint, markets will likely cheer greater fiscal support packages and the continuation of policies enacted over the past four years (deregulation and low tax rates). However, the likelihood of other significant pro-growth initiatives may be limited by a split-party Congress.

Whatever the final outcome may be, we expect a contested election as many states are too close to be called, and some may take days to finalize results. With the final tallies being very close, either Trump or Biden could challenge the results in the courts and request a recount. While an outcome will eventually be determined, since financial markets do not like uncertainty, extended delays will likely lead to increased volatility as investors remain on edge.

The parallels to 2000 go beyond a contested election. While this election is more contentious, we once again have elevated equity valuations. Investors have bid up the price of stocks relative to their earnings outlooks, causing high price-to-earnings (P/E) ratios. The S&P 500 P/E ratio has not been this high since 2000. So, while presidential elections are very important, it is also critical to understand there are other factors that impact stock returns and the economy. COVID-19 and the subsequent social distancing measures imposed by cities and states to combat the spread of the virus will drive earnings and stock returns for some time to come.

We have noted in other commentaries that regardless of whether an incumbent or a challenger wins, stock returns are similar from Election Day to inauguration day. If we adjust for the 2008 Obama victory, which was skewed by the financial crisis, returns are very similar going back to World War II. Also, one could make the argument that both presidential candidates are now known commodities. Biden has been a politician for over 40 years, serving as vice president for eight years, while President Trump now has been in office for four years. The global economy is very dynamic, with political policies coming out of the U.S. just one of many factors and not the biggest determinant of stock market performance or economic growth. Voting with your portfolio tends to be a bad investment strategy.

We’ll continue to pay close attention to the shifting political landscape and update you on any investment implications. Despite the uncertainty, the potential outcomes seem to point to continued gridlock, with investment implications even more muted as we are already in gridlock. Elections can be emotional, but perspective is always important. Regardless of who wins or loses the election, there are larger economic forces at play in the global economy. COVID-19 and the social distancing measures enacted around the world to contain it will likely have more impact on corporate earnings and the economy. We can keep you on track to reach your long-term risk and return goals as we help you with your personalized investment objectives.

Please contact our office if you have any questions or concerns.